The Virginia Produce Company (VPC; https://vaproduce.com/) has created a business model for the wholesale distribution of fresh fruits and vegetables that’s simple, yet extremely effective by allowing everyone to concentrate on their strengths. Farmers focus on planting and growing crops, while VPC manages the packaging, marketing and delivery of produce to stores.

This road map to success didn’t happen overnight of course, but rather through developing strong partnerships with farmers, grocers and equipment suppliers like Ossid (https://www.ossid.com/) to produce professionally-designed packaging that’s appealing to shoppers.

“How Ossid is helping us be more successful is through less breakdowns and higher production rates,” said Jeremy Buckland, Maintenance Manager, Virginia Produce Company. “We used to have so much downtime with our old equipment. But with Ossid, it’s like taking an old Ford Pinto and replacing it with a Rolls Royce. We’re really happy with our three Ossid overwrappers.”

Having partners like Ossid helps Virginia Produce Company fulfill its mission set forth nearly 20 years ago of Planting Seeds. Growing People. Harvesting Hope – a message that adorns its tagline today.

The Virginia Produce Company was founded by Moir Beamer in 2002. His goal was to create a company that specialized in value-added products, while helping local farms grow and sell their crops. The company started with only 14 employees back then, but has since grown to support a staff of more than 150. This steady growth helped fuel a move in 2014 to a larger, 130,000 square-foot facility in Hillsville, Virginia.

The company was established on family values and those traits remain strong today. Moir Beamer’s parents began their careers working in produce in the 1950s, which inspired him to create Virginia Produce Company. The produce genealogy has stretched to a third generation with Moir’s children, Kevin Beamer and Jennifer Hawks, currently working alongside their father running the business.

“I grew up in this business. When I was in high school, I was farming, which I really enjoyed and is also an important aspect of our business,” said Kevin Beamer, President of Virginia Produce Company. “But, when it came time for our grandpa to retire, my dad said I had to choose between coming into the family business or continue farming. I was doing both, but that’s when I made the decision to be in the family business fulltime. In the end there was never any doubt that this is where I wanted to be.”

Beamer’s passion in farming as a youngster is certainly helpful to the company’s success today. Virginia Produce Company has alliances up and down the East Coast with both farmers and major grocery store chains including Food City, Food Lion, Harris Teeter, Aldi and others.

The company and its grocery store partners establish annual crop projections, and in turn they work with farmers to meet those forecasts. This relationship allows farmers to concentrate on their expertise of planting and growing crops, while Virginia Produce Company handles the management side of the relationship.

Overwrap is one of the more popular styles of packaging requested by both grocers and consumers alike because it minimizes food contamination, it’s easy to handle, available in many forms and displays products well.

“Overwrap has become a really big thing,” said Jennifer Hawks, Vice President, Virginia Produce Company. “For some it makes your shopping easier; you don’t have to go picking out everything. You can just pick up a tray, and it also keeps the product a little bit fresher.”

Much of the produce packaged by Virginia Produce Company is PVC-stretched overwrap, which is a cost-effective tuck and fold application type that produces tightly wrapped case-ready packages. The company had been using older machinery to accomplish its overwrapping, but those machines were constantly breaking down, and obtaining replacement parts left them out of service for extended periods of time. A new packaging solution was needed.

That’s where Ossid’s 500Si High Speed Stretch Overwrapper has proved its worth over the last few years. The presentation of produce with grocers is a critical component to Virginia Produce Company’s success; Ossid’s 500Si has been the perfect solution as it presents their products – such as corn, tomatoes, cucumbers and other produce – in a professionally-designed package that help keeps food fresh, safe, and ready to be sold.

“I was researching new equipment and saw Ossid and its machinery in action on YouTube videos,” Buckland said. “Turns out they were only a few hours from us, so I called them and arranged a demonstration. They ran our corn and other produce to show the machines’ capabilities. We had our first Ossid machine installed about eight months later.”

Ossid’s 500Si is an ideal solution for packaging a variety of products in the produce and protein industries. The 500Si uses less film than competitive overwrapping machines, and uses gripper-chain technology to produce tightly wrapped packages at speeds up to 120 trays per minute.

The servo-driven 500Si enables product changeovers in less than two minutes; runs tray sizes #2 to 9” x 14” standard; requires no air or water utilities; and is ideal for space-constrained environments.

Virginia Produce Company purchased its first Ossid 500Si about three years ago to package corn; a year later it purchased a second 500Si. Buckland said both machines are used to package corn.

“Our previous equipment was only packaging about 35 packs a minute, but with Ossid, we’re running about 75 packs a minute all day long,” Buckland said. “We used to have three to four machines running corn, now the Ossid machines do it all. They’ve been a tremendous help.”

Virginia Produce Company added a third Ossid 500Si machine in spring 2020, packaging a variety of produce including green peppers, squash, zucchini, onions, lemons and other items. As a testament to its strict sanitary practices and following food safety protocol, Virginia Produce Company holds the SQF Food Safety Code for Manufacturing certification, which means the company conforms to guidelines for safe storage, handing and distribution of its food products.

Big selling points for Buckland were the factory acceptance testing Ossid offers to all its customers, and its technical support – both of which are intangible qualities he looks for in an OEM partner. Buckland and three other employees spent four days working alongside Ossid engineers to learn the ins and outs of the new equipment prior to installation.

“You learn how to operate and work on the machines, how to clean them; you learn so much by going there and completing their course. It was worth every minute being there,” Buckland said.

“Their tech support is unreal. Terry Grubbs, a field service technician with Ossid is great. I can call and ask him anything, and if we can’t figure it out, he comes here within a day and is onsite with me. That’s worth a lot to have that level of support.”

As the company looks to the future, the key to its continued success lies with its people and the culture of achievement the Beamer family has worked hard to instill.

“We have people here who started in their teens and are still with us 20 years later,” Kevin Beamer said. “We’re a very close-knit environment. Our people, although they may not be blood, they’re as close as family to us.

“We love watching people develop and grow with us; to see people succeed when given the opportunity to prove themselves. To me, that’s the most rewarding thing.” 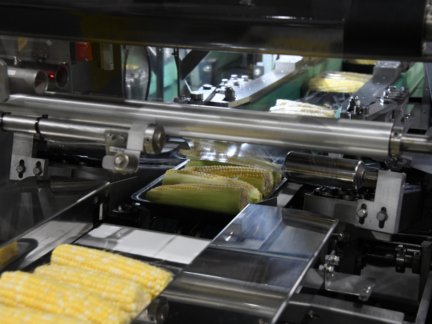 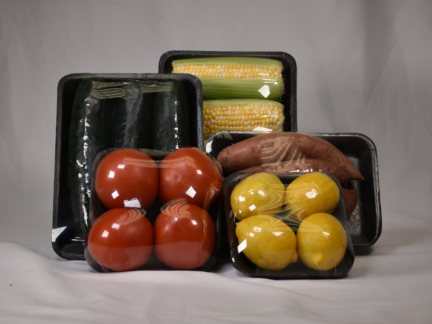